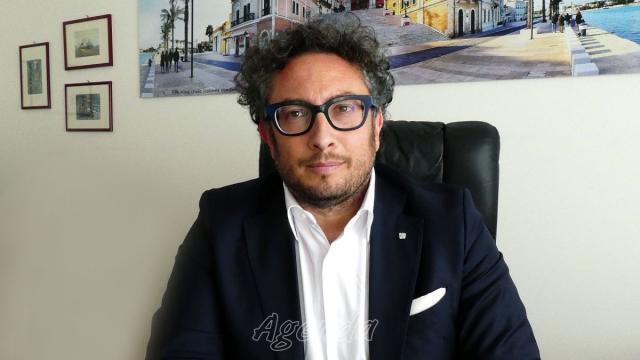 Italian entrepreneur Gabriele Menotti Lippolis can still hear the threat ringing in his ears: “Pay up, or we’ll slit you from gullet to gizzard.”

He has had to fight off extortion attempts not once, but twice. Speaking about it openly is “not easy”, he told AFP, but increasingly urgent, as the mafia feasts on companies weakened by the coronavirus pandemic.
“I was approached and told to cough up a certain sum,” said Lippolis, who runs an events company, as well as owning restaurants and one of the biggest beach clubs in the southern region of Puglia.
“I didn’t say no immediately,” he said about the 2017 incident.
“I went to the police station half an hour later to file a complaint,” he said.
“They were very difficult moments. I thought of my family, of my colleagues…. The threats were clear,” he added.

– ‘Brought to their knees’ –
Italy has a long history of extortion by its mafias, from the Cosa Nostra in Sicily to the ‘Ndrangheta in Calabria and the Camorra in Campania, with rackets run from the country’s southern beaches to its bustling northern cities.
Lippolis, 43, insists that the only thing to do in such situations is to report it. His aggressor was arrested.
“We mustn’t bow to violence or threats, but make people understand that the state is the strongest. Only together will we beat the mafias,” he said.
He is not the only one rebelling: a revolt by shopkeepers in Palermo in Sicily against demands for “pizzo” protection money lead to 20 arrests last week.
But mafia hunters warn that the pressure on businesses will only increase as the economic fall-out from the virus — and nationwide lockdown — is fully felt.
“The lockdown has left many companies in difficulty and brought some to their knees,” said Enzo Ciconte, the author of numerous books on Italian organised crime.
“The mafia try to take advantage of that to infiltrate (businesses). One of their strategies is to lend money; when it is not returned, they take over the companies,” he said.

– Cornered –
Often the rates offered to business owners on the verge of bankruptcy — who are unable to get the necessary bank loans — are exorbitant, sometimes topping 500 percent.
The pressure to repay gradually increases, with phone calls or visits.
Once the business owner is cornered, “the mafia may leave him or her in place, but the profits go into their pockets. It’s a good technique because it makes police investigations more complicated,” Ciconte said.
Cosa Nostra may be Italy’s most famous mafia, thanks to films like The Godfather series, but its efforts to infiltrate the rich, industrial north pale into comparison with its fellow organised crime groups.
The influence of the Sicilian mob waned following a fierce crackdown by the authorities after the 1992 bombings that killed top anti-mafia judges Giovanni Falcone and Paolo Borsellino, Ciconte said.
Conversely, the wealthy ‘Ndrangheta is all powerful in Lombardy, Emilia-Romagna and Piedmont, having settled there in the 1950s. It also has a large presence in Veneto and Lazio, along with the Camorra, he added.
Infiltrating a company can be an easy way to launder huge amounts of dirty money from drugs or prostitution.
But it can also prove a cash cow. Experts have warned the mob will be quick to not only infiltrate but also create new companies to benefit from the billions of euros soon to be available under the EU recovery plan.

– ‘Find the courage’ –
“The history of organised crime has taught us that whenever there are large flows of money, there is a risk of infiltration,” Marco Valentini, who is Naples’ prefect or security chief, told AFP.
“We are certain that there will be attempts, and we are implementing all preventive measures to ward them off”.
Valentini said fraud investigators look closely at who is on company boards — and how that make-up may change — as well as whether there are ties to known crime families or suspicious transfers of holdings or headquarters.
Like his counterparts across the country, this year he is making extensive use of “anti-mafia bans”, administrative measures that blacklist companies from bidding for public contracts.
Italian prefects have issued more than 1,600 such bans since the start of the year, the interior ministry said, some 25 percent compared to 2019, according to the Repubblica daily.
Two southern regions — Campania and Calabria — account for half of them, but the north is also affected, with over 200 slapped on businesses in Emilia-Romagna.
“The most affected sectors are the catering industry — restaurants, pizzerias, bars — and construction and the health sectors,” Valentini said.
Anyone being approached by someone suspicious “must have the courage to report them”, he urged.

– Risks in Europe greater –
Lippolis, who is also head of the Confindustria organisation for young entrepreneurs in Puglia, knows from personal experience how hard it is to find that courage.
“Historically, business owners have been proud creatures, with difficulty confiding in people when problems arise. “But that’s changing,” he said.
Southern Italy may sometimes have a bad reputation, but he refuses to see it as a “no-man’s land” where the mob has free rein, insisting instead that it has “enormous potential” for investments in the region.
Italy may have entrepreneurs ready to speak out and world-class mob hunters on high alert for the risks of increased mafia activity due to the pandemic — but do others?
“I am very concerned that other European countries underestimate the risks, and have not put in place preventive measures,” Ciconte said.
“If an Italian company infiltrated by the mafia moves to work in France or Germany, it’s the Italian mafia that emerges stronger”.